Located among franchise restaurants and câfés on Mengzi Road in Shanghai’s Huangpu district, La Coquille aims to bring a different dining experience to the surrounding middle-class community. The restaurant takes up two bays of a commercial strip, the mundane brick and glazing envelope of which could not be significantly altered. To introduce a French seafood bistro into this context, we decided to create our own site.

We extended the street level into the original sunken restaurant and created a new picturesque façade inspired by French bistro storefronts with shuttered openings. Double-glazed doors allow the original façade to open up completely and patio seating to spread out during the warm season. This blurred boundary between the inside and outside not only softens the transition from the banal street to the lush interior, but also sets the mood of the restaurant.

Stepping slightly down from the rustic street-scape, diners are greeted with an air of sophistication as they step over the bronze-inlayed signage and look up at the seafood bar lined with moldings. Looking beyond, a refined space, composed of beige walls, marble mosaics, ceiling moldings and walnut furniture, is revealed. While the overall contrasting palette pays tribute to traditional bistro aesthetic, detailing such as bronze mirror trimmings and fishnet pendants completes the ambiance.

After fawning over the delectable display of oysters and lobsters set atop the trimmed-out bar, one would either proceed to the more social main dining area, or ascend to the mezzanine where urban views are framed by arched windows. Keeping the pre-existing upper level allows for more intimate and private functions with the slight drawback of limited headroom on both levels. Mirror panels on the ceiling visually lift the space on the lower level while cork panels applied to the ceiling soften resonance subsequently improving acoustics.

The nuanced design continues into the restroom corridor. One might be puzzled to find an apparent walnut door mismatching the doorway and wonder which handle could lead to the stall behind. These subtle visual and tactile surprises throughout the restaurant supplement the culinary team and conjure up a special dining experience in Shanghai. 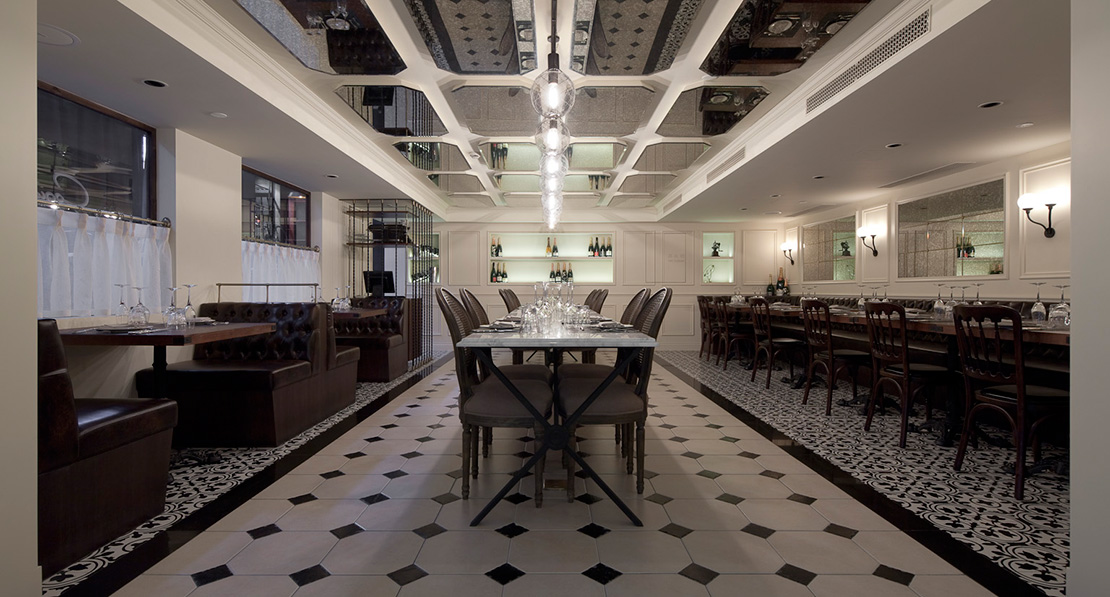 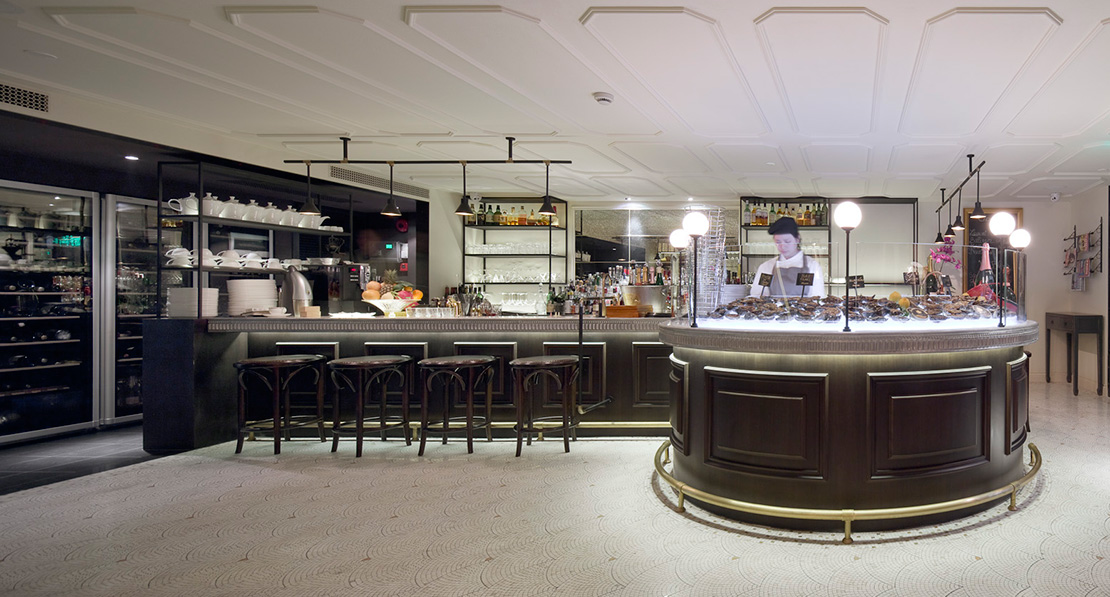 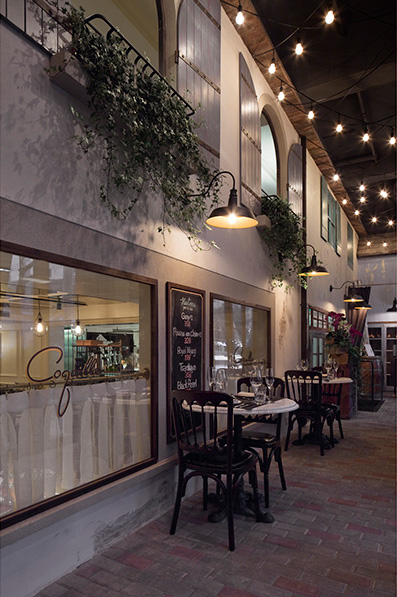 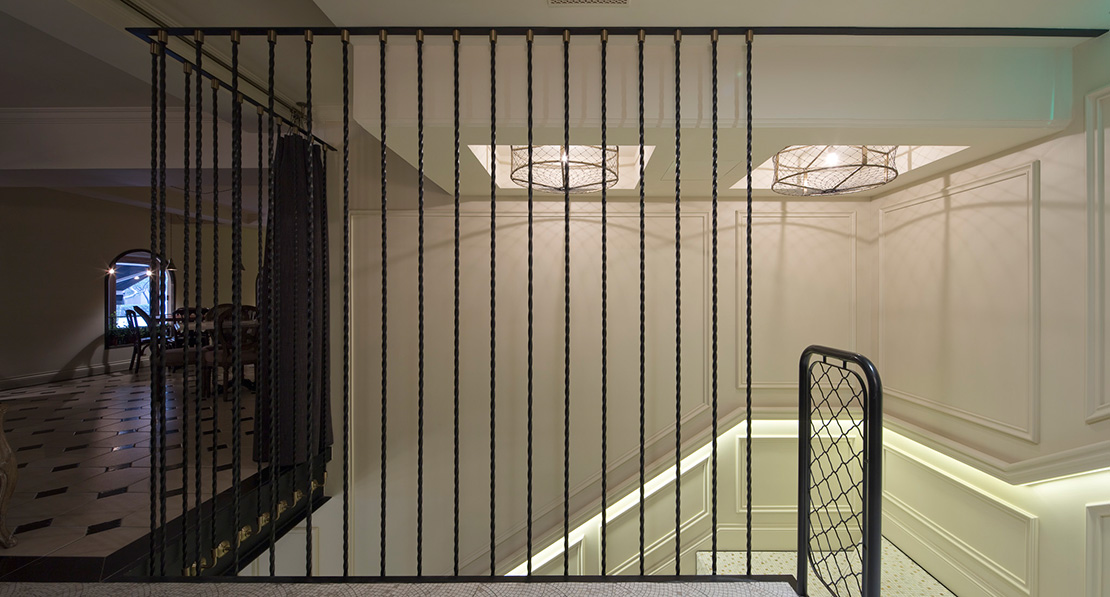 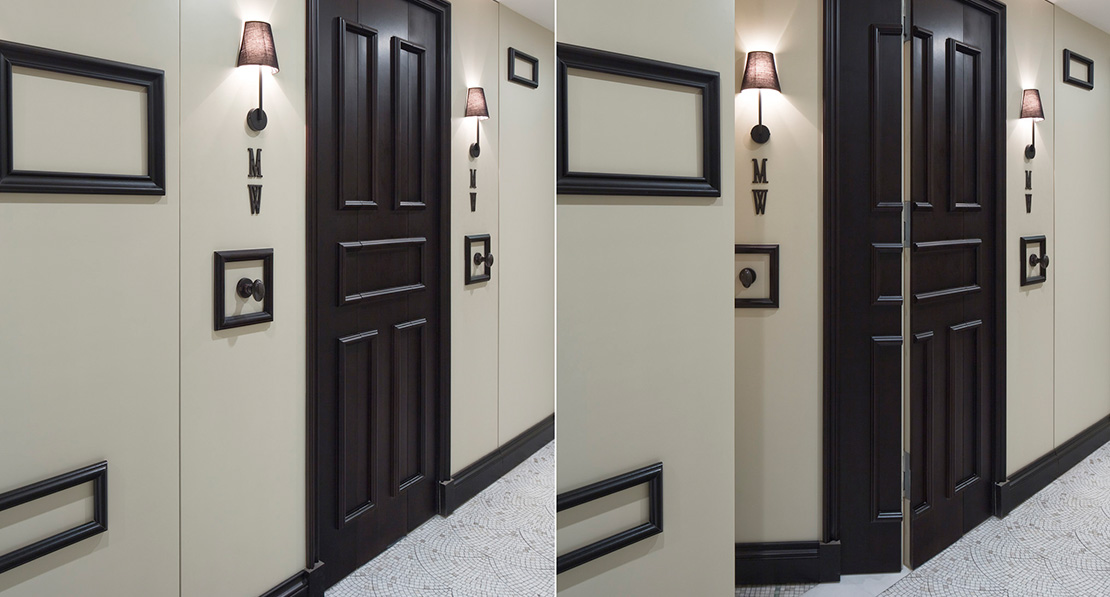 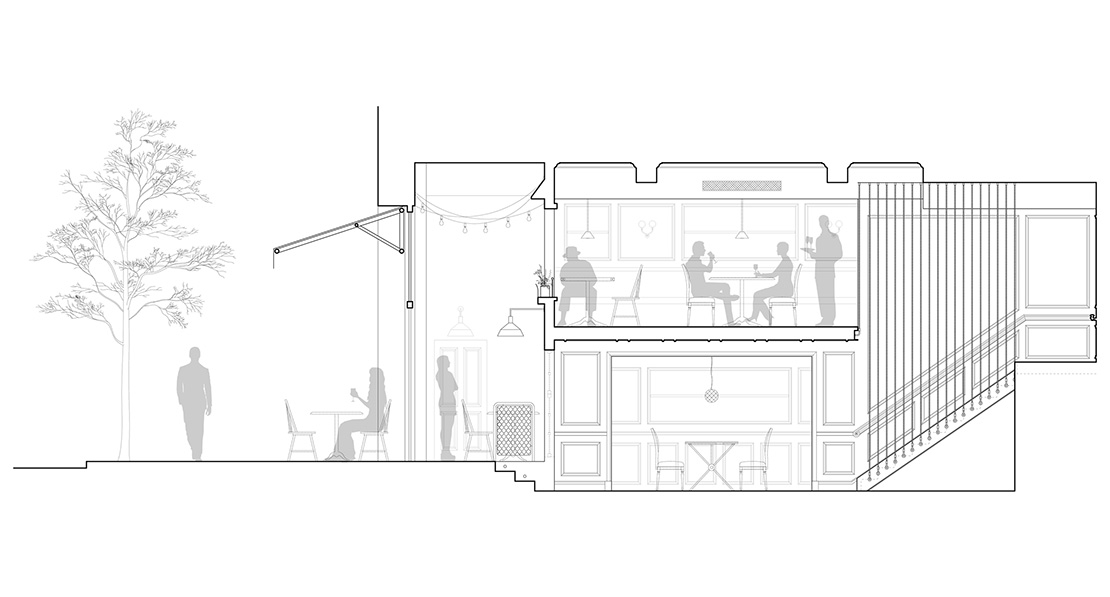 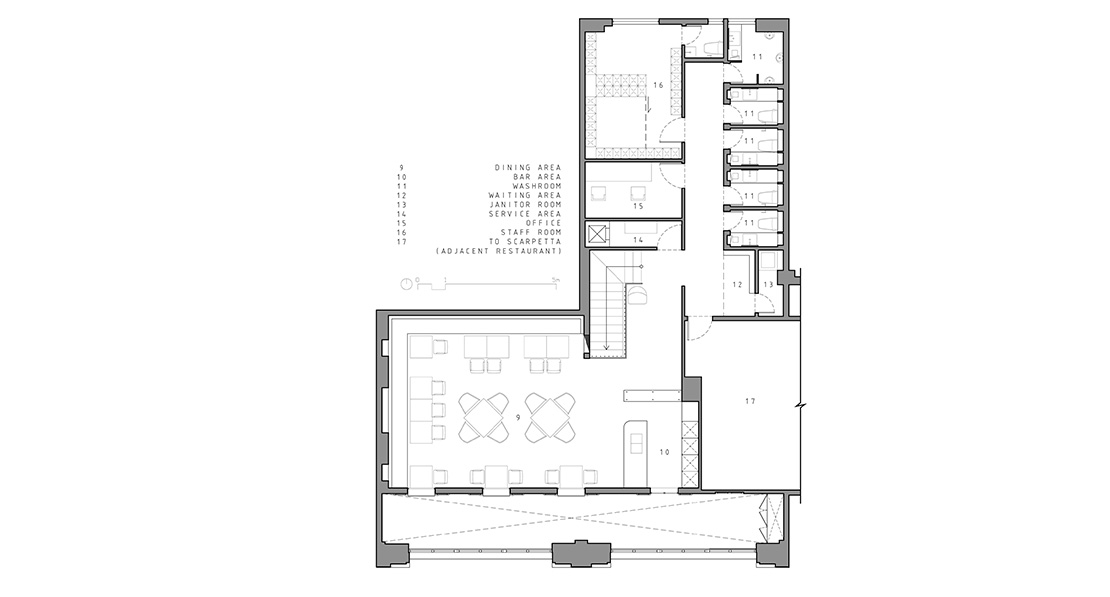 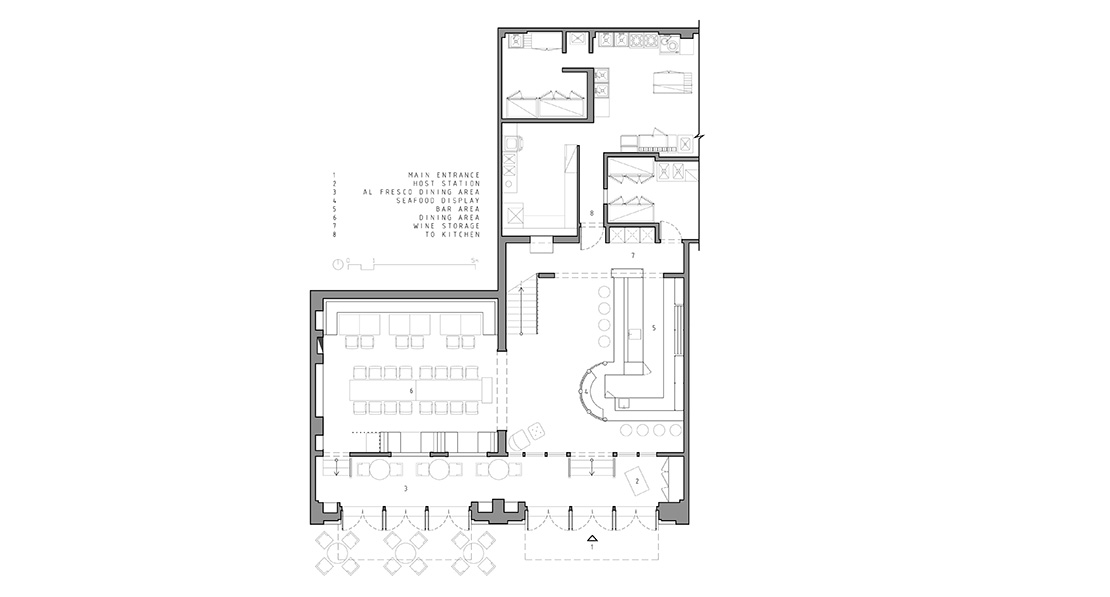