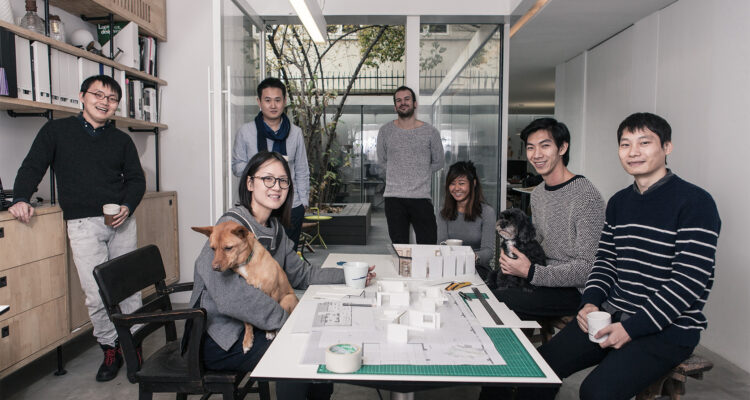 LUKSTUDIO is a boutique design practice based in Shanghai, China. Founded by Christina Luk in 2011, the studio is comprised of an international team of architects and designers with diverse backgrounds and cultural perspectives. With a common desire to challenge the status quo of the environment, the team finds joy in creating meaningful design solutions for others.

Lukstudio’s strength lies in an ‘everything is possible’ attitude that is influenced by the surrounding context of Shanghai; a fast-paced city where East meets West and tradition is integrated with innovation. Our team believes that every site has its own potentials, and all we need is to observe, explore spatial possibilities of the programs within, aim for maximum effect with minimum intervention.

Each project tells its own story, and Lukstudio is proud to identify a narrative, preserving it from concept through to completion to deliver memorable spatial experiences. We collaborate closely with clients and contractors to deliver artistic solutions within the commercial scope. The team enjoys experimenting with materiality and lighting, articulating details to make each project unique, while also extending the boundaries of architecture.

Lukstudio has been widely published and awarded internationally. It was selected by GOOOOD as one of the top 10 young designers in 2015. It has been listed by Architectural Digest as AD100, the most influential architects and designers in China in 2017. And it is credited as top 50 retail design agencies by insider Trends, a retail consultant expert who pinpoint the latest, most innovative spaces. Other accolades for the studio include: A+Awards, A&D Trophy Award, BOY Awards, DFA Awards, Golden Pin Design Awards, HD Awards, Modern Decoration, Modern Design Awards, Prix Versailles, Restaurant & Bar Design Awards, Taiwan Interior Design Award, Tongji Young Designer Award.